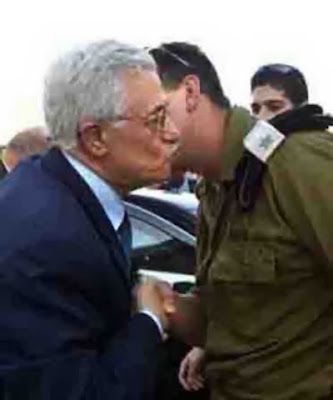 "The Palestinian Authority (PA) controlled by Mahmoud Abbas in Ramallah has ordered all mosques to join its campaign in support of Abbas and the PA’s bid for UN membership.

An official letter posted on the website of the PA’s religious affairs ministry, in Arabic, and dated 20 September 2011, states the following:

Pursuant to the instructions of His Excellency, brother Dr. Mahmoud, Sidqi al-Habbash – may God save him – the Minister of Awqaf [Islamic foundations] and Religious Affairs, the following instructions should be issued to the muezzins [those who make the call to prayer], to praise God immediately after the completion of the expected speech of His Excellency President Abbas/President of the State of Palestine on Friday, 23 September 2011.

This is to express thanks to God for His favors, imploring Him to grant success to the Commander President Mahmoud Abbas, President of the State of Palestine, and to guide his steps on the path to realizing the hopes of our people and the return of all our legitimate rights by the establishment of a Palestinian state with Jerusalem as its capital....."
Posted by Tony at 7:18 AM