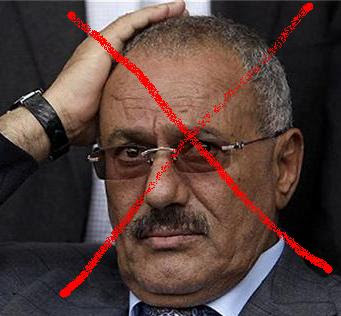 "....Little, in other words, has changed, except maybe the characters who are directing the shooting. If the snipers put in place by Saleh were blamed for most of the 52 deaths on 18 March which became a turning point in the uprising, this time the finger of suspicion points to his son Ahmed, soon to be 40 and thus a presidential candidate himself. Saleh Sr once likened running Yemen to dancing on the heads of snakes. But he was surely being modest about his own role in fomenting the chaos and the killing. He is one of those snakes and his bite continues to be lethal.

Neither the US nor the Saudis are innocent bystanders in all this....

The US and the Saudis want a co-operative regime in Yemen. The Saudis seek stability on their southern front. Strategic objectives are a long way from meeting the demands of Yemenis who have shed so much blood with such courage. Their champion has yet to emerge, and until it does their uprising is unfinished."
Posted by Tony at 2:26 AM