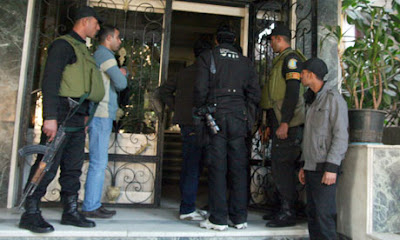 In fact, in Egypt there is a lack of accurate information in almost every aspect of society—current events, public understanding of laws, punctuality, the work of researchers and experts, knowledge of government and security operations. The effect is an acceptance of inexactitude that permeates the culture and allows the people to tolerate an ever-changing kaleidoscope of “truth” and vastly inconsistent facts and figures manipulated in glaringly blatant ways. The lack of basic information has been an obvious barrier to cohesive partisan choices based on facts and has deeply complicated the transition to an effective democratic process.

While the generals pretend to be reluctant rulers, the power remains in the hands of the military, which by design fosters confusion and fear that thwart the shift to a new system of government. A good example of the obfuscation is the current, almost undecipherable electoral procedure—a referendum, two elections of three rounds each for a legislature, another referendum on a constitution, and then a presidential election. Domination of the elections by conservative forces such as the Muslim Brotherhood and the Salafis is no surprise; they offer a mirage of stability. The people know the Quran and Shariah. Allah is great. God save us....."
Posted by Tony at 7:08 AM