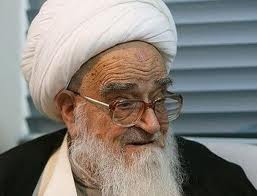 "Tehran (dpa) – An Iranian ayatollah has said that the social networking service Facebook was un-Islamic and being a member of it a sin, the ISNA news agency reported Saturday.

In Iran, it is common for senior clerics to be asked about their stance on certain social issues and whether these issues are compatible with Islamic norms.

Their answers are regarded as a form of decree.

ISNA on Saturday broadcast coverage of the response of Ayatollah Lotfollah Safi-Golpaygani, a senior cleric, to the question about Facebook and Iranian membership in the social networking service.

“Basically, going to any website which propagates immoralities and could weaken the religious belief is un-Islamic and not allowed, and membership in it is therefore haram (a sin),” the ayatollah replied...."
Posted by Tony at 4:12 AM