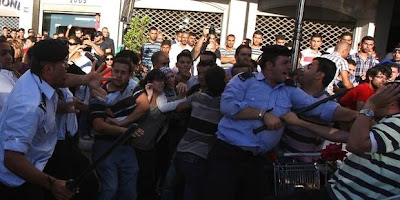 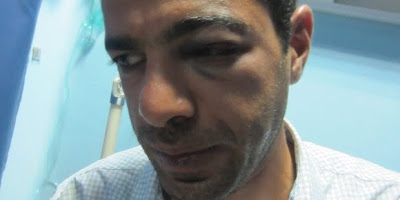 "An investigation into the excessive use of force by Palestinian police against peaceful protesters in Ramallah must be independent and transparent, and those responsible must be brought to justice, Amnesty International said in a letter today to Palestinian Authority President Mahmoud Abbas.

The President’s office appointed a committee on Monday to investigate the events of 30 June and 1 July, when security forces attacked dozens of protesters in the West Bank city.

Amnesty International delegates witnessed the 1 July demonstration and saw peaceful protesters being beaten and attacked by security forces – including plainclothes police officers – some of whom were armed. They also collected testimonies from protesters who had been hospitalized for treatment after being injured by police at the demonstrations on 30 June and 1 July.

“The police violence our delegates witnessed in Ramallah is shocking and completely unacceptable. The committee formed to investigate the incidents must be given the resources and authority to conduct a credible, independent, prompt and effective investigation,” said Ann Harrison, Deputy Middle East and North Africa Programme Director at Amnesty International.

“The results must be made public in a timely fashion and all those found responsible must be brought to justice in proceedings that conform to international fair trial standards. The right of victims to receive reparation, including but not limited to compensation, must also be ensured.”....."
Posted by Tony at 4:54 AM