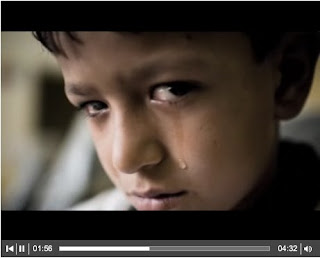 "In the final instalment of Ghaith Abdul-Ahad's series of films to mark the fifth anniversary of the start of the Iraq war, he travels to an orphanage in Sadr city, where children speak of their hatred of America. A generation of Iraqi children have been radicalised and anti-westernised by the war

Iraq's lost generation was made by Ghaith Abdul-Ahad with GuardianFilms for ITV News. It will be broadcast tonight on ITV Evening News and News at Ten"
Posted by Tony at 4:40 AM