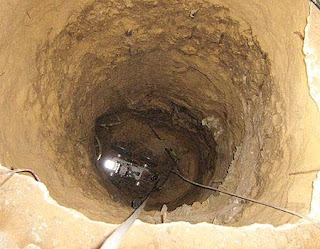 ""Every problem has a solution. The Egyptian steel barrier was a problem but we found a solution," says Mohammed, a grimy-faced Gazan tunnel digger who didn't want to give his real name. 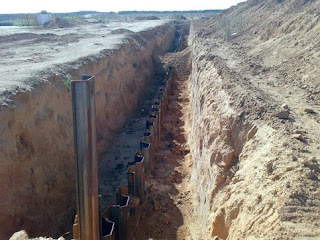 Mohammed, covered in dust and dirt, is in the process of digging a 750m (2,460ft) smuggling tunnel from Gaza into Egypt. He says he's been digging it for 18 months.

As he hauls up a plastic container of sand with an electric winch from the metre-wide tunnel shaft, he says the new underground Egyptian barrier aimed at stopping smuggling is a "joke."

"We just cut through it using high-powered oxygen fuelled blow torches," he says....

Mohammed smiles when he hears this.

The BBC spoke to one man in Gaza employed to cut through the barrier. He said he could cut a metre-square hole through it in less than a day.

This news will be embarrassing for Egypt's government...."
Posted by Tony at 3:15 PM