The last thing we need 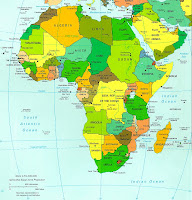 "For decades, Africa has pleaded in vain for a comprehensive engagement from the west on the basis of shared interests, particularly in the economic arena. But the new engagement the continent has been offered, in the form of a military US command, is the last thing the world's most impoverished continent needs.

The decision to establish Africom, as the command will be known, reflects the Bush administration's primary reliance on the use of force to pursue its strategic interests. Among the key goals for the new command, for example, is the assurance of oil imports from Africa, which have assumed much greater importance given the hostility to the US presence in the Middle East.

China has similar energy needs, but how differently it is pursuing them. When George Bush announced Africom's creation last month, the Chinese president, Hu Jintao, was touring eight African countries to negotiate oil-related deals and announcing multibillion-dollar aid agreements. Many commentators voiced legitimate concerns about China's intentions; none have been voiced about Africom in the major western media....."
Posted by Tony at 4:28 AM