Security Meeting Ends; Insecurity Does Not 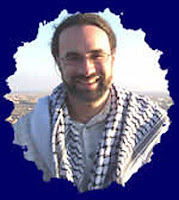 by Dahr Jamail
With Ali al-Fadhily

The conference attended by representatives from 13 countries, including Syria, Iran, and the United States, was held inside the heavily fortified "green zone" in central Baghdad......

"Those who met inside the green zone are so persistent at keeping [Iraqi Prime Minister] Nouri al-Maliki and his gang in power in Iraq that they are polishing their U.S.-made shoes with international wax for a better appearance," health expert Dr. Abdul-Salam al-Janabi told IPS.

Some Iraqi leaders accused the U.S.-backed Iraqi government at the conference of exploiting sectarian and ethnic differences to the advantage of the occupation forces.

"It is the same sectarian picture given once more by the Iraqi government," a senior staff member of the Iraqi ministry of foreign affairs told IPS.

Many Arab political analysts believe that this conference was yet another attempt by the U.S. administration to buy time in Iraq while it prepares to deal with Iran.

The U.S. military currently has two aircraft carrier battle groups in the region. This is the first time such a force has been positioned there since the invasion of Iraq in March 2003. "
Posted by Tony at 4:35 AM