Surge and destroy in Iraq 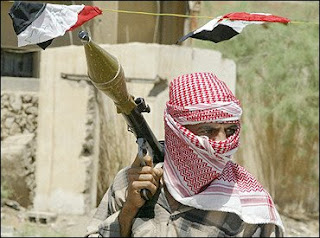 All three prongs of the US military's "surge" strategy in Iraq are desperate measures aimed at reversing the decline of US power in the Middle East. This desperation has led to unprecedented brutality and the consideration of, or even the embrace of, strategies that are even more destructive.

The first prong of this new policy is doomed. No area in Baghdad, or for that matter in Iraq, has been successfully pacified in this manner. That includes Fallujah and Tal Afar, where this very strategy has been applied and has failed. About 1,000 American soldiers, supplemented by Iraqi (Shi'ite) troops, have been in Fallujah for 27 months since the city was "cleared" (that is, largely destroyed). They have established a particularly harsh form of martial law and yet the insurgency in the city, without ever having disappeared, has slowly grown again in strength. Fallujah is not pacified and the Americans have never actually initiated a real program of reconstruction there. In other cities, with less comprehensive occupations, the insurgency is even more robust, and there isn't even talk of reconstruction.....

There is a larger pattern that should, by now, be clear in these developments, and all that have come before. The architects of US policy in the Middle East tend to keep escalating the level of brutality in search of a way to convince the Iraqis (and now the Iranians) that the only path that avoids indiscriminate slaughter is submission to a Pax Americana. Put another way, US policy in the Middle East has devolved into unadorned state terrorism."
Posted by Tony at 5:00 AM