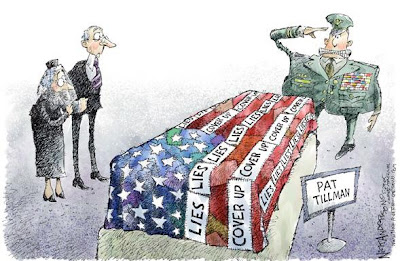 "Most Americans have little or no confidence in the information they receive from the military or the media about the situation in Iraq, according to a poll released Thursday.

The survey by the Washington-based Pew Research Center for the People and the Press found that 52 percent have little or no faith in the military's portrayal of the four-year war, compared with 60 percent who feel the same way about the press reports of the conflict.

The figures are a far cry from the overwhelming confidence Americans had in the military and the media at the outset of the war in March 2003.

At the time, fully 85 percent said they had at least a fair amount of confidence in military information and 81 percent were confident the press was giving an accurate picture of the war.

Michael Dimock, associate director of the Pew Research Center, said the poll findings mirror the public's perception of how well the war is going overall.

"People are questioning whether they are getting good information about how things are going and it's affecting the public's confidence in the government and military as well as the press," Dimock told AFP......"
Posted by Tony at 7:35 PM