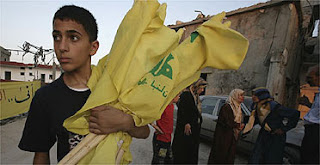 Fear and fragile peace: a long-suffering people prepare for a new war

Last July the country was plunged into a 34-day conflict that left it in ruins. Amid the reconstruction, fighters are digging in again

".....The sense of siege has not yet lifted in Lebanon - despite a durable ceasefire, the deployment of 13,500 United Nations troops to keep the peace in the south, and millions of dollars pledged for reconstruction from Arab states.

Instead, say many Lebanese, there is a deepening dread of a new war to come. There is no shortage of likely pretexts for a confrontation: a string of high-profile assassinations and bombings, and deepening political divisions in Beirut. In the north, there have been fierce clashes with al-Qaida affiliates at the Palestinian refugee camp of Nahr al-Bared, outside Tripoli. In the south, there are suggestions of a plot to drive out the UN peacekeepers and provoke a new war with Israel.

There are also undeniable signs that Hizbullah is digging in for a new encounter with Israel, this time in the isolated and sun-scorched mountains just north of the Litani river......"
Posted by Tony at 7:56 AM