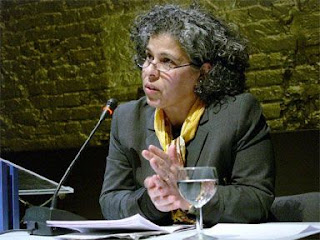 "WHILE many of those people who opposed the 2003 US-British invasion and subsequent occupation of Iraq have often been disingenuously smeared as apologists for Saddam Hussein, this certainly can not be said about the Iraqi novelist Haifa Zangana.

Born in Baghdad in 1950, Zangana joined a faction of the Iraqi Communist Party that was committed to armed struggle against the ruling Ba'ath Party while she was a student at Baghdad University. "We were considered to be the terrorists of that age," she explains....

She is now heavily involved in the anti-war movement and, last year, published City of Widows - An Iraqi Woman's Account of War and Resistance, a refreshingly clear and concise book that counters many of the myths surrounding the occupation.....

For Zangana, it is the occupation itself, which she notes has led to over one million deaths and over four million refugees, that is fuelling the growing resistance. Although opposition to the occupation was limited early on, she argues that, "as time passed, the brutality of the occupation became clearer and clearer to people and started to touch many personally."

Referring to the 1977 Additional Protocol to the Geneva Conventions, Zangana points out in her book that "armed resistance against occupation is a right under international law." Rhetorically, she asks: "People have to resist. It is their land. It is our country. What else can you do?"

Furthermore, she is frustrated by how the mainstream media and occupation forces prefer to use the term "insurgency." "It's safe, because, when you say the word 'resistance,' it is associated here with the French resistance," which has positive, even heroic, associations, she comments.

Zangana is also keen to stress that the Iraqi resistance is largely home-grown. Citing the US government's own figures - something that she does repeatedly - she notes that foreign fighters comprise no more than 3 to 5 per cent of the resistance.

Before we can continue the interview, Zangana questions how the whole issue of "foreign fighters" is usually presented. "From my own personal point of view, I can't see why not foreign fighters. As an Iraqi, I used to fight with the Palestinians. It is very traditional in the Arab world. If there is an injustice somewhere, you go and help." ........

With all this death and destruction, it is perhaps surprising to find that, in the last chapter of City of Widows, Zangana categorically states that "the exit of occupation troops from Iraq is imminent."

She argues: "They can't stay in Iraq. No way can they can stay there. "Occupations of countries never last forever," pointing to the British occupation of Iraqi in the early 20th century.

While she believes that the main reason for the withdrawal of the occupation troops will be the Iraqi resistance, she also believes that the political fallout from the war in the US is an important influence on the conflict........

Most of all, Zangana hopes that more British people will speak up against the occupation.

"The more you are silent about the crimes committed in your name, the more you are part of the occupation. You are as responsible as your rulers because you vote for them." "
Posted by Tony at 8:59 AM