Can the U.S. and Iran Share the Middle East? 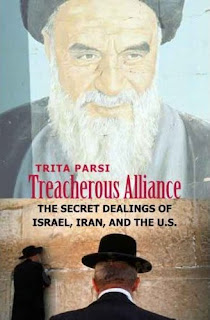 "WASHINGTON, Apr 18 (IPS) - By negotiating a Shiite truce, Tehran embarrassed Washington last week and arguably proved itself to be a more potent stabiliser of southern Iraq.

Iran's role in Iraq came as a sharp reminder that the George W. Bush administration's accusations of Iranian mischief notwithstanding, Iranian influence in Iraq is both undeniable and multifaceted. As Washington starts to come to terms with this reality, the Middle East inches closer to its moment of truth: Is the United States ready to share the region with Iran?.......

Though both of these components may be necessary to put U.S.-Iran relations on a different footing, they are likely not sufficient. The notion that the U.S.-Iran standoff can be resolved solely through economic incentives and limited security guarantees is premised on the realities of yesteryear's Middle East. Current facts on the ground are quite different -- Iran's regional influence is unquestionable and rolling Iran back out of Lebanon, Iraq, Afghanistan, and perhaps even Gaza may no longer be realistic.

The question is no longer -- if it ever was -- what economic incentives are required to change Iranian behaviour. Rather, to reach a settlement with Iran that could help stabilise Iraq, prevent a Taliban resurrection in Afghanistan, reach a political deal in Lebanon and create a better climate to resolve the Israeli-Palestinian conflict, the U.S. must arguably grant Iran a role in the region and begin focusing on how to influence Iranian behaviour rather than how to roll back Iranian influence.

Neither Washington nor Tehran can wish the other away. While the United States' days in Iraq may be numbered, it is not likely to leave the entire Middle East anytime soon. Nor can Washington continue to design policies and arrangements in the region based on the notion that Iran can be neglected and excluded. Sooner or later, Iran and the U.S. must learn how to share the region [and the Arabs, by their own subservience and stupidity, will be mere spectators and on the receiving end]........"
Posted by Tony at 10:20 AM