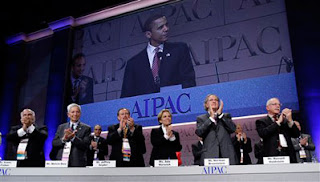 "The failure by Barack Obama to chart another course in the Middle East, to defy the Israel lobby and to denounce the Bush administration’s inexorable march toward a conflict with Iran is a failure to challenge the collective insanity that has gripped the political leadership in the United States and Israel.

Obama, in a miscalculation that will have grave consequences, has given his blessing to the widening circle of violence and abuse of the Palestinians by Israel and, most dangerously, to those in the Bush White House and Jerusalem now plotting a war against Iran. He illustrates how the lust for power is morally corrosive. And while he may win the White House, by the time he takes power he will be trapped in George Bush’s alternative reality........

Barack Obama, when we need sane leadership the most, has proved feckless and weak. He, and the Democratic leadership, is as morally bankrupt as those preparing to ignite our funeral pyre in the Middle East."
Posted by Tony at 4:59 AM