Why Obama Defaulted to Bush on Iran 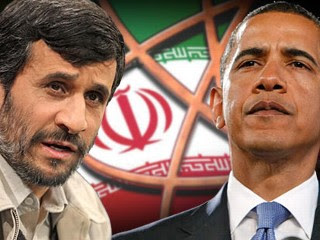 "......So how did he get here? In a nutshell, he allowed the Washington hawks, in concert with Israel and European hawks such as Sarkozy, to paint him into a corner by setting an artificial deadline on his diplomatic effort, and more importantly, basing them on the same demands as the Bush Administration which Iran had repeatedly rejected. Not only has Iran’s domestic turmoil limited its own regime’s room for maneuver, Iran’s opposition is as vehement as its conservatives in rejecting Washington’s demand that Iran give up uranium enrichment.

So Obama is going out on the road of further sanctions, now, but it’s generally agreed that sanctions aren’t going to change Iran’s position. At which point those who set the time-limits on diplomacy will demand that Obama go to war…."
Posted by Tony at 10:19 AM