Justice, even for princes 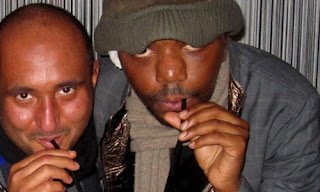 "The prince is guilty of murder. That was the verdict rendered against the Saudi prince, Saud Abdulaziz bin Nasser Al Saud, regarding the death of his servant, Bandar Abdulaziz. It is a victory for the people of Saudi Arabia who, for the first time in their lives, can see a "blueblood" royal held accountable for his actions against a commoner.

His trial at the Old Bailey sent a strong message that a Saudi prince and a pauper are the same in the eyes of the law in Britain, and that British justice is superior to the Saudi court system, which claims to uphold Islamic standards.

Many Saudis are cheering the verdict: they know that if this murder had occurred in Saudi Arabia, the killer would not have seen a single day in prison. The victim in this case had no hopes of receiving justice in his homeland, but the British court has upheld the fundamental principle of equality under law......"
Posted by Tony at 3:57 AM