This Holocaust Will Not Be Televised: Gaza victims' burns increase concern over phosphorus 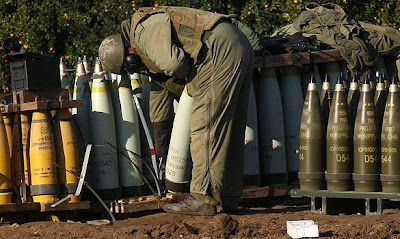 "Photographic evidence has emerged that proves that Israel has been using controversial white phosphorus shells during its offensive in Gaza, despite official denials by the Israel Defence Forces.

There is also evidence that the rounds have injured Palestinian civilians, causing severe burns. The use of white phosphorus against civilians is prohibited under international law......"
Posted by Tony at 10:33 AM