The crimes we witnessed in Gaza 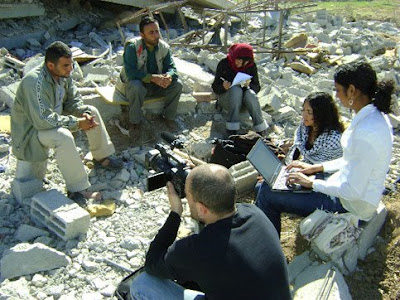 "Two days after Israel ended its 22-day invasion of the Gaza Strip, a friend and former clinical law professor in Jerusalem, Huwaida Arraf, asked me: "What do you think about organizing an emergency legal delegation to Gaza?" A small committee formed and we quickly put a call out for participants. Dozens of attorneys and law students from across the nation expressed their interest in traveling to Gaza to investigate the circumstances that led to massive Palestinian casualties, and to determine, what, if any, violations of international law occurred.

A week later, eight National Lawyers Guild members and a documentary filmmaker landed in Egypt. We crossed into Gaza through the Rafah land crossing on 2 February 2009. Minutes after Palestinian officials stamped our passports, we were startled by a loud explosion. "Don't worry," said one of the officials, unflinching. "They're only bombing the tunnels. It's normal here." Though all of us had experience working or traveling in the Occupied Palestinian Territories (OPT), none of us were prepared for what we saw......."
Posted by Tony at 7:41 AM

Take a look at my homepage - http://www.about-domain.net