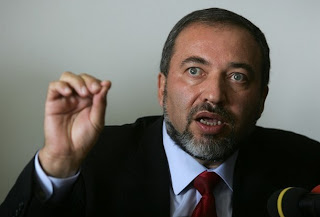 World Focus: I can identify Lieberman's language with the language of Messrs Mladic and Karadzic and Milosevic

"Only days after they were groaning with fury at the Israeli lobby's success in hounding the outspoken Charles Freeman away from his proposed intelligence job for President Obama, the Arabs now have to contend with an Israeli Foreign Minister whose – let us speak frankly – racist comments about Palestinian loyalty tests have brought into the new Netanyahu cabinet one of the most unpleasant politicians in the Middle East.....and now the Israelis have exalted a man, Avigdor Lieberman, who out-Sharons even Ariel Sharon.

A few Palestinians expressed their cruel delight that at last the West will see the "true face" of Israel. I've heard that one before – when Sharon became prime minister – and the usual nonsense will be trotted out that only a "hard-line extremist" can make the compromises necessary for a deal with the Palestinians.

This kind of self-delusion is a Middle East disease. The fact is that the Israeli Prime Minister-to-be has made it perfectly clear there will be no two-state solution; and he has planted a tree on Golan to show the Syrians they will not get it back. And now he's brought into the cabinet a man who sees even the Arabs of Israel as second-class citizens......
Lady Hillary will have to greet him warmly at the State Department. Who knows, he might even suggest to her that she imposes a loyalty test for American minorities as well – which would mean demanding an oath of faithfulness from Barack himself. The horizon goes on forever.......
I covered the bloodbath of Bosnia in the early Nineties and I can identify Lieberman's language – of executions, of drownings, of hell and loyalty oaths – with the language of Messrs Mladic and Karadzic and Milosevic.
Lady Hillary and her boss should pull out a few books on the war in ex-Yugoslavia if they want to understand who they are now dealing with. "Unhelpful" will not be the appropriate response."
Posted by Tony at 3:23 AM