As Sangin shows, British troops were never geared up to make a lasting difference 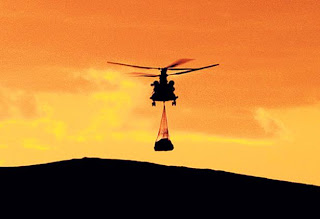 "British troops are well out of Sangin, where they fought against a classic guerrilla campaign with very little sign of lasting success.

The area, where a tenth of the British troops in Afghanistan suffered one third of total casualties, is symbolic of Britain's involvement in Afghanistan, as a bit player whose contribution was always going to have little effect on the outcome of the whole campaign.....

The idea that British forces could clear the way for good government for the people of Helmand has never made much sense. As American generals and diplomats have made clear, the weakness of the campaign by Western military forces in Afghanistan is that there is no civilian government ready and willing to move in. Opinion polls show that the majority of Afghans see the Kabul government as a racket aimed at extracting bribes. It might have been better if US and British troops had spent more time securing the main roads of Afghanistan rather than trying to root the Taliban out of their villages. What is most shocking over the past four years is the way the Taliban have taken control in areas where they are not popular and have limited forces."
Posted by Tony at 4:16 AM