Exposed: The truth about Israel's land grab in the West Bank 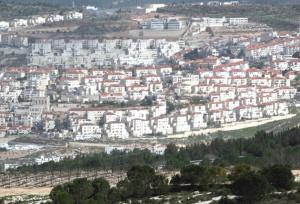 As President Barack Obama and Israeli Prime Minister Benjamin Netanyahu meet, a report reveals 42 per cent of territory is controlled by settlers

By Catrina Stewart in Jerusalem and David Usborne
The Independent

" Jewish settlers, who claim a divine right to the whole of Israel, now control more than 42 per cent of the occupied West Bank, representing a powerful obstacle to the creation of a Palestinian state, a new report has revealed.
The jurisdiction of some 200 settlements, illegal under international law, cover much more of the occupied Palestinian territory than previously thought. And a large section of the land has been seized from private Palestinian landowners in defiance even of an Israeli supreme court ruling, the report said, a finding which sits uncomfortably with Israeli claims that it builds only on state land.
Drawing on official Israeli military maps and population statistics, the leading Israeli human rights group, B'Tselem, compiled the new findings, which were released just as the Israeli prime minister, Benjamin Netanyahu, arrived in Washington to try to heal a gaping rift with US President Barack Obama over the issue of settlements......."
Posted by Tony at 4:38 AM