Peace May Rest on the Future of 88 Houses 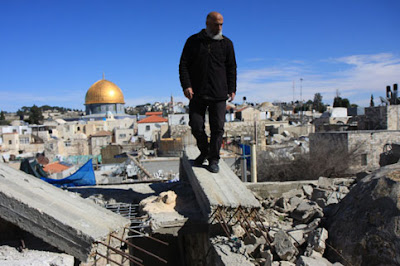 Furthermore, Israel is continuing to strip hundreds of East Jerusalemites of their residency. Four members of the Palestinian Legislative Council (PLC) from Jerusalem have been ordered to leave the country.

Silwan has become a pivotal point of friction, in the boiling cauldron that East Jerusalem is fast becoming. This follows Jerusalem municipality's approval of the pending demolition of 22 Palestinian homes -- with another 66 on the waiting list -- to make way for a Jewish theme park and an extension of Jewish neighbourhoods, all illegal under international law.....

Meanwhile, hundreds more East Jerusalemites continue to live in fear of losing their Jerusalem residency as Israeli authorities strip Palestinian residents who have lived or studied abroad for more than seven years of their residency.

The Israeli authorities have also warned that Palestinians joining demonstrations may be stripped of their residency."
Posted by Tony at 11:38 AM