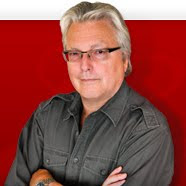 ".....The G8/G20 Toronto economic summit cost a staggering $1.1 billion, the most expensive economic meeting in anyone’s memory. That’s over $500 million per day.

This gold-plated summit was designed to boost the standing of Canada’s unpopular, prime minister, Stephen Harper who runs a shaky minority government.

When politicians get in trouble at home, they invariably turn to international affairs to burnish their faded images. Harper, a born-again Christian fundamentalist from Alberta is closely allied to Israel’s hard-right government and a disciple of George Bush.....

Heads of states attend these summits for two good reasons unconnected to the actual agreements achieved.

First, such meetings give voters the impression their leaders are actually making progress in dealing with the global financial/economic crisis. Activity is equated with achievement.

Obama failed to cut America’s gigantic, trillion-dollar military budget, which represents close to 50% of total global military spending. Instead, he increased it.

The US is financing its wars in Iraq and Afghanistan (now costing $7 billion monthly), and growing military operations in Pakistan and Yemen, on borrowed money, leaving the bill for the next generation of unlucky taxpayers.

Add another $33 billion this year for Obama’s Afghan “surge.” A nation addicted to financial gambling and war will have a very hard time bringing itself back to fiscal reality.

The world’s battered economy can’t be healed until its biggest debtor reforms its ways – but there is no sign this will happen anytime soon."
Posted by Tony at 11:23 AM