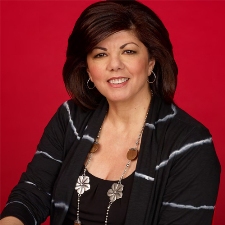 In the latest case of new media (or oversharing) gone wrong, CNN’s Senior Editor of Mideast Affairs Octavia Nasr is leaving the company following the controversy caused by her tweet in praise of Hezbollah leader Sayyed Mohammed Hussein Fadlallah

Mediaite has the internal memo, which says “we believe that her credibility in her position as senior editor for Middle Eastern affairs has been compromised.”

Nasr tweeted this weekend: “Sad to hear of the passing of Sayyed Mohammed Hussein Fadlallah… One of Hezbollah’s giants I respect a lot.”

After a blog post expanding on her position, CNN promised the issue was “serious” and would “be dealt with accordingly.” That’s apparently her exit from CNN. Here’s an internal memo obtained by Mediaite:

I had a conversation with Octavia this morning and I want to share with you that we have decided that she will be leaving the company. As you know, her tweet over the weekend created a wide reaction. As she has stated in her blog on CNN.com, she fully accepts that she should not have made such a simplistic comment without any context whatsoever. However, at this point, we believe that her credibility in her position as senior editor for Middle Eastern affairs has been compromised going forward.
As a colleague and friend we’re going to miss seeing Octavia everyday. She has been an extremely dedicated and committed part of our team. We thank Octavia for all of her hard work and we certainly wish her all the best.
Parisa.

Nasr has been with CNN for 20 years.

Posted by Zarathustra at 3:02 PM