The ominous lesson of Tet 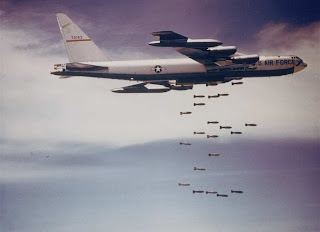 ".....Tet caused fear and trembling in the corridors of power, but in the wider world the spectacle of the greatest power on earth defeated by an army of poor people inspired millions. The student revolts for which 1968 is famous took off in the wake of Tet, first in Germany and Italy, spreading subsequently to the US, France, Mexico and Pakistan.

However, the US war in Vietnam was to continue in its destructive fury for another four years. US policy did change after Tet - towards "Vietnamisation", in which reliance on air power increased. US casualties fell, from 16,000 killed in 1968 to 600 in 1972. On the other side the toll rose. Perhaps half the 5 million killed in the war, according to Vietnam government figures, perished during these post-Tet years.

Here is the ominous lesson for Iraq. There are few things as dangerous as an imperial power in retreat. Yes, the war is discredited and the major presidential candidates promise to reduce US troop numbers. None, however, seems prepared to abandon the mission in Iraq, which is also propped up by an array of corporate interests. As Vietnam showed, the alternative to a prompt and complete withdrawal is not a happy compromise, but prolonged devastation."
Posted by Tony at 4:53 AM