What Really Happens in Gaza and the West Bank 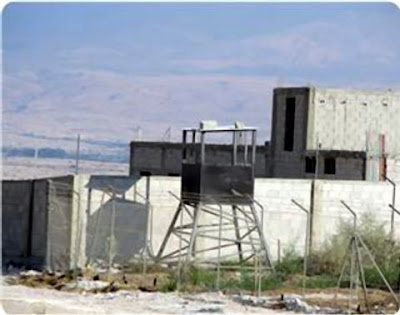 I have just discovered Kawther Salam (thanks to Lucia); she is a Palestinian journalist originally from Al-Khalil who now lives in Vienna. I encourage you to visit her website.

"On Sunday 24, it became known that Keith Dayton and Jacob Wallace, the US Consul General in Jerusalem, are dictating the “security policy” for Palestine. Several meeting were held between the PA president Abass, the American envoys, and Palestinian General Abdel Razeq Al-Yehyah. This can only mean that a disaster is coming and that huge lists with names of persons to be killed or detained in the West Bank will passed by the Americans to the PA.

In the West Bank, and since the press conference Khalil El-Hayyeh, the Hamas speaker hold in Gaza, the main talk of Palestinians in public is around the documents which Hamas found at the various PA compounds......

According to Ynet News, Olmert will offer Abbas 60 Russian tanks to face the Palestinian civilians in the West Bank. This could be the only achievement in the summit. The two Presidents will also exchange lists with the names of wanted people, this is called “security coordination”, what means spying. This is the only article left standing from Oslo “agreements”. In this way the PA will catch the people wanted by Israel and jail them. After that, and this is expected, the Israelis will break into the Palestinian cities where the PA has rounded up the wanted people for them, and they will kidnap all of them just like before, when the Israelis broke into Jericho and ordered Palestinian militants to strip their pants and to go out naked, and then kidnapped all of them. This also happened in Ramallah at the beginning of the Intifada. Under the new “security coordination”, Olmert will take the responsibility of assassinating leaders of Hamas.....

The PA officials are scared of what Hamas found in Gaza. Tawfik Tirawi of the PA held a conference in Ramallah where he responded to Hamas allegations. He was not able to give objective answers.....Tirawi himself knows what he left behind him in Gaza and because of that he was scared. Al-Tirawi is one of the most disgusting and corrupt PA officials who lead the intelligence system in Gaza.

Last weekend President Abbas rewarded the thief and the murderer Abu-Shibak with the post of ambassador to Egypt, after Abu-Shibak stole Palestinian government funds and bunkered them there. He instead punished Colonel Suleiman Khader and degraded him from colonel to simple soldier. Khader was the only officer who stayed in Gaza during the clashes with Hamas, while the officers above him ran out away. Abbas accused Khader of not protecting the PA military compounds in Gaza. This is a big farce. Everybody knows that Abu-Shibak, Dahlan and Al-Mishharawi have own business interests in Egypt, they have their prosperity there and they are loyalty to the Egyptian government."
Posted by Tony at 9:13 PM