Signs of US-Syria Thaw After Summit 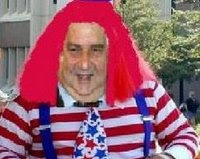 ".....Syrian delegates received warm handshakes and words of thanks from Secretary of State Condoleezza Rice, whose administration has largely shunned Syria since early 2005.

At the close of Tuesday's speeches and meetings focusing on the Israeli-Palestinian conflict, Rice walked over to the Syrian delegates, according Imad Moustapha, Syria's ambassador to Washington.

"She shook hands with us and thanked us for participating," Moustapha told The Associated Press in a telephone interview Thursday. "She also asked us to pass our greetings to Foreign Minister Waleed al-Moallem."

Syria sent a deputy foreign minister instead of al-Moallem, while other invited nations sent their top diplomats. Syria's move was widely viewed as a subtle snub to the U.S. hosts but U.S. officials said they took no offense.

Rice's handshake may have been a small gesture. But coming on top of the U.S. invitation to Syria to attend the one-day session, and Syria's willingness to attend, it could indicate a slight thaw in the diplomatic chill between Washington and Damascus......."
Posted by Tony at 2:06 PM