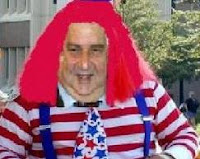 "DAMASCUS, Syria - Syria on Tuesday defended its decision to attend the Mideast peace conference and said it was choosing the path to peace after its close ally Iran expressed surprise at the decision.

In Iran, several officials and media condemned the U.S.-hosted conference and urged Arab countries not to compromise with the Israelis.

Syrian state-run media said the country hoped the conference could bring real peace to the region. Syria is attending the Annapolis, Md., conference "because peace is its choice and because it has made strides in previous negotiations to achieve it," the daily Tishrin said in an editorial. "Though we are hopeful that the region would move toward a real peace, yet this doesn't mean that the conference would achieve this goal," the editorial said......

Iran's criticism and Syria's statement seemed to indicate at least some tension between the two allies over the issue, although it was unclear how serious it was.

Hossein Shariatmadari, an adviser to Iranian supreme leader Ayatollah Ali Khamenei, told a pan-Arab daily based in London, Asharq Al-Awsat, that Iran was surprised by Syria's decision to take part in the conference, which is trying to broker a peace deal between Israel and the Palestinians. "We were surprised by the Syrian position, and we said that we do not support the conference. We expressed our opinion clearly and openly," Shariatmadari told the paper, adding that the conference was a "a plot against the Palestinians."......

On Monday, dozens of hard-line Iranian students gathered in front of the Jordanian Embassy in Tehran to protest the summit after Khamenei said in a speech broadcast on state TV that the summit was a failure meant to salvage America's reputation and not designed to help the Palestinians. "Those who recognize Israel commit treason against Muslims and Palestinians," the protesters said in a statement in an apparent reference to Arab leaders who attended the conference......

The official Iran daily newspaper also condemned the conference. "Will Arab leaders be ready to compromise over rights of Palestinian nation against Palestinians?" Iran said in an editorial. "The Annapolis conference is nothing more than a ridiculous intervention maneuver in and inter-Palestinian dispute."......."
Posted by Tony at 11:47 AM