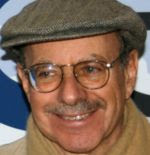 ".....AMY GOODMAN: This week, President Chavez claimed the US government is fomenting unrest to challenge the referendum. His foreign minister went on television late Wednesday revealing what he said was a CIA plan to secure a “no” victory. The confidential memo was reportedly sent from the US embassy in Caracas and addressed to the director of Central Intelligence, Michael Hayden.

James Petras is a former professor of sociology and Latin American studies at Binghamton University. He is author of a number of books, including Social Movements and State Power. His exclusive article in “Counterpunch” is called "CIA Venezuela Destabilization Memo Surfaces.” Professor Petras joins us now from Binghamton, New York.

Welcome, Professor Petras. Can you start off by talking about what exactly this memo is? Have you actually seen it? What is it reported to say?

JAMES PETRAS: Well, I picked it up off the Venezuelan government program. It describes in some detail what the strategy of the US embassy has been, and most likely the author, Michael Middleton Steere, who’s listed as US embassy, may be a CIA operative, because he sends the report to Michael Hayden, the director of the CIA.

Now, what the memo talks about essentially is, first of all, the effectiveness of their campaign against the constitutional amendments, and it concedes that the amendment will be approved, but it does mention the fact that they’ve reduced the margin of victory by six percentage points. The second part is more interesting. It actually mentions the fact that the US strategy is what they call a “pincer operation.” That’s the name of the document itself. It’s—“pincer” is “tenaza,” and it’s, first of all, to try to undermine the electoral process, the vote itself, and then secondly, once the vote goes through, if they are not able to stop the vote, is to engage in a massive campaign calling fraud and rejecting the outcome that comes from the election......Now, the other part that’s interesting about this document is what it outlines as the immediate tasks in the last phase. And that includes getting people out in the street, particularly the students. And interestingly enough, there is a mixture here of extreme rightists and some social democrats and even some ex-Maoists and Trotskyists. They mention the Red Flag, Bandera Roja, and praise them actually for their street-fighting ability and causing attacks on public institutions like the electoral tribunal.

But more interestingly is their efforts to intensify their contacts with military offices. And what they seem to have on their agenda is to try to seize either a territorial base or an institutional base around which to rally discontented citizens and call on the military—and it particularly mentions the National Guard—to rally in overthrowing the referendum outcome and the government. So this does include a section on a military uprising......"
Posted by Tony at 8:39 AM