US Military versus Israel Firsters 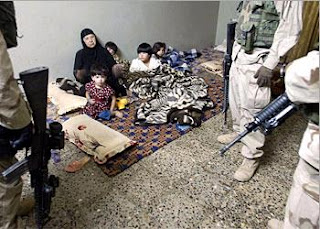 By James Petras
Special to PalestineChronicle.com

As the White House and Congress escalate their economic sanctions and military threats against Iran, top military commanders and Pentagon officials have launched a counter-offensive, opposing a new Middle East War. While some commentators and journalists, like Chris Hedges (Truthdig, November 13, 2007), privy to this high stakes inter-elite conflict, attribute this to a White House cabal led by Vice President Cheney, a more stringent and accurate assessment pits the Zionist Power Configuration (ZPC) in the center of the Iran war debate. There is a great deal riding in this conflict – the future of the American empire as well as the balance of power in the Middle East. Equally important is the future of the US military and our already heavily constrained democratic freedoms. The outcome of the continuous and deepening confrontation between top US military officials and the Israel Firsters over US foreign policy in the Middle East has raised fundamental questions over self-determination, colonization, civilian primacy and military political intervention, empire or republic. These and related issues are far from being of academic interest only; they concern the future of America......

The deepening and all-important conflict between the pro-Israel warmongers and the anti-war American senior officers is reaching a bitter climax. As the US military disintegrates under prolonged colonial warfare, the ZPC intensifies its campaign for a third war for Israel and against Iran, a war which will totally shatter the US military forces.

The fundamental question emerging for most senior officers, in private gatherings and informal discussions is ‘Who commands our Commander in Chief?’ The deep animosity of US senior active military officers frequently erupts at the ZPC’s careless and callous disregard for American lives. They disdainfully refer to the Zion-Con policymakers as ‘arm-chair military strategists’ who never fought a war, never shot or been shot. At one level, the senior military officers are appalled by the ignorance of the Zion-Con military ‘experts’ and policy-makers featured by the Zion-Con controlled mass media. One of the most frequent military criticisms is that the Zion-Con policy-makers don’t have an‘exit strategy’ – attributing it to their lack of knowledge or strategic thinking. In reality, the lack of Zion-Con concern for a realistic exit strategy is because the Zion-Cons are concerned (in light of Israel’s priorities) only with an entry policy, namely degrading the invaded countries’ military and economic potential. Secondly the Zion-Cons do not have an exit strategy because they believe the US should stay, colonize, build bases and engage in a prolonged war for a chimerical total victory.

The question of ‘who commands the Commander in Chief’ goes to the entire core of our constitutional order, because it raises the deeper question of ‘who defines the national interests’ for which the military are fighting? If as we have documented, the ZPC has effectively colonized the White House and Legislative Branches (and the Justice Department and the appointment of an ultra-Zionist Attorney General Michael Mulkasey and Israel-First Head of Homeland Security Michael Chertoff), to serve the interests of a foreign power (Israel) in what sense does a colonized political system serve the interests of a democratic public? Does there exist a primary condition that makes it possible to speak of a democracy, namely national self-determination, de-colonization necessary for the re-democratization of American political institutions?

So far the only effective resistance to colonization has comes from the US military. The military is a non-democratic, hierarchical institution but an institution representative of the public’s opposition to colonial encroachments.

What would normally be considered the prime movers challenging Zion-Con colonization, namely the President, Congress, the political parties or even the antiwar movements have abdicated their responsibilities -- they have been in part or whole colonized and neutralized.

By default, it has fallen to senior military commanders who reject being commanded by the ZPC at the service of Israel. Paradoxically, it is the military, which has taken over the struggle against an offensive war with Iran, a struggle where the American peace movement has failed. It is the military, which has challenged the Zion-Con agenda, where the Congress has been corrupted and capitulated for reasons of campaign financing, political blackmail and double loyalty.

Where does that leave us, as democrats and anti-colonists?

We should be able to have both an independent de-colonized and democratic America, governed by patriotic Americans. But suppose we have to choose between de-colonization led by the military or a corrupt colonized electoral system – what should be done?

The ideal solution would be a revitalized civil society including secularist citizens, non-fundamentalist Muslims and Christians, and non-Zionist Jews, organized in an anti-war, anti-colonial movement and political parties allied with patriotic officers to ‘re-found the republic’. The purpose would be to establish a republic to ‘defend the heartland’ from fires, floods, economic pillage, terrorists, ecological predators and foreign agents acting on behalf of alien regimes. Can it happen? We shall see. What is becoming clear however is that the anti-colonial imperative is growing stronger by the day, if it doesn’t come from below, it may have to come from above."
Posted by Tony at 3:32 PM