Media office in Gaza: Israeli army evacuates a military base in Khan Younis 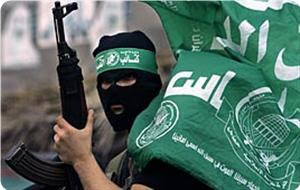 "A media office in Khan Younis stated on Friday that the Israeli evacuation of one of its military bases took place in Khaza'a town, east of Khan Younis.

According to the media office, the army evacuated the base as a result of the extensive attacks of the Al Qassam brigades, the armed wing of Hamas, who shelled the area with explosive devices and home-made shells.

The evacuated military base had been used as a military observation center and the army used a balloon to watch the area and to register civilian movements using advanced cameras.

Civilians expressed their happiness at the army withdrawal by going out to the streets and praising resistance fighters who the army used to attack, and who had opened fire against a farmer who lived near the military base.

Hamad al Raqap, the spokesperson of Hamas in Khan Younis considered the withdrawal to be a victory for the resistance fighters while the Israelis escalated their offensive attacks against Gaza during this week. "
Posted by Tony at 8:25 AM