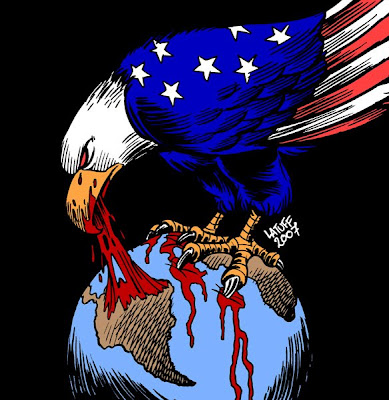 
"The utter hypocrisy, economic ignorance, and general all around cluelessness of America’s political class – never very far from the surface — was on full display during Chinese President Hu Jintao’s visit to Washington this week.

There was Nancy Pelosi, a longtime Sinophobe, hectoring the Chinese leader over his country’s human rights record – when her own country openly practices torture, spies on its own citizens, and has murdered hundreds of thousands of innocent civilians in a series of wars of "liberation."

There was Paul Krugman, economist-in-chief of Bizarro World, explaining to us that Chinese subsidies which keep their exports affordable for US consumers are supposedly hurting us – when actually the opposite is the case.

And there were the neocons over the Weekly Standard, pointing to the "boundless" military ambitions of the People’s Liberation Army and the alleged threat from Beijing – this from a magazine whose editor has proclaimed that the goal of US foreign policy ought to be "global hegemony"!....."
Posted by Tony at 4:39 AM