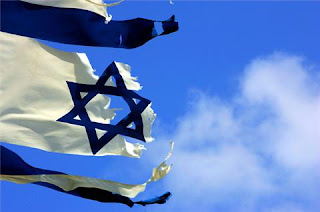 As it slides further into open and violent racism, Israel offers the Western world a reflection of itself.

"There was that jarring week in December - a protest against Arab-Jewish couples, a south Tel Aviv march and demonstration against migrant workers and African asylum seekers, the arrest of Jewish teenagers accused of beating Palestinians and the expulsion of five Arab men from their home in south Tel Aviv. It left me with the question: What is next?

It is impossible to predict the future. But there are signs that violence, perpetrated by citizens, could be spreading....

Reflection of the West

It is too easy to demonise Israel, in part because the government, the army and some of the people do things that make it so easy.

But one of the ugliest truths about Israel - a truth that must be faced in both the US and Europe, where xenophobic and anti-Islamic sentiments are also on the rise - is that Israel offers the Western world a reflection of itself.

And it is getting more and more frightening here by the day."
Posted by Tony at 4:42 AM