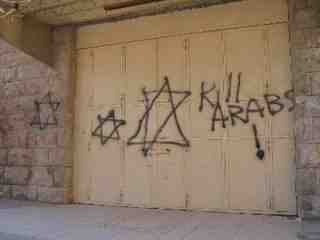 "An article in the Israeli Jewish Orthodox publication "Fountains of Salvation", which purports to be a 'family magazine', suggests that Israel will create death camps for Palestinians in order to wipe them out like Amalek.

The terms Amalek or Amalekites is code for the Palestinians (and other perceived enemies of the Jewish people) and originates in the Old Testament. It amounts to a call for genocide.

Rabbis throughout the ages have allegorized the reference to Amalek to connote any sworn enemy of the Jewish people from Hitler to Barack Obama (some prominent American Orthodox Jews wrote in such terms before the last US election). But this is perhaps the first time any Orthodox publication in Israel has called for the genocide of the Palestinians....."
Posted by Tony at 7:00 AM