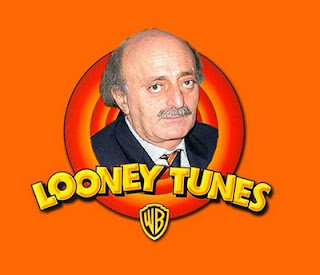 The Druze leader's support for Hezbollah sees him return to his father's legacy of pan-Arabism.

"Walid Jumblatt, the leader of Lebanon's 30,000-strong Druze community, has thrown his weight behind Hezbollah and Syria in the political showdown with the US-backed March 14 alliance that is brewing in Beirut.

Jumblatt leads a bloc of 11 parliamentarians and his support could now give Hezbollah and its allies a veto over who becomes the country's next president. It is bitter blow to Saad al-Hariri, the caretaker prime minister, as he tries to secure enough votes to form a new government.

But even more significantly, Jumblatt's declared rejection of the UN-backed tribunal investigating the assassination of Rafiq al-Hariri, the former Lebanese prime minister and father of Saad al-Hariri, has permanently sealed his break from the March 14 coalition....."
Posted by Tony at 9:31 AM