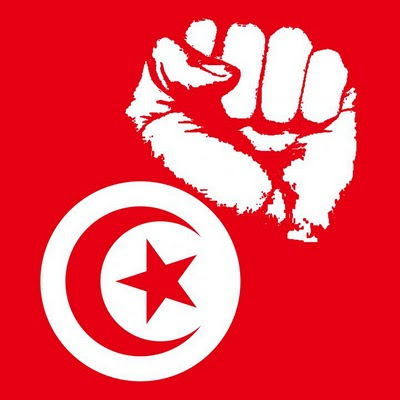 ".......Tunisia is not free yet. The Tunisian national unity government is dominated and includes many of the same characters from Bin Ali's regime. The uprising has not turned into a revolution yet.

The U.S., France, the E.U., the House of Saud, the Arab dictators, and Israel are all conspiring to ensure that a new Tunisian government that will serve their interests will take the mantle of the old Tunisian regime. The structure that kept Bin Ali in place still exists and the foreign interests that supported his rule still hold influence in Tunis. They may manage to retain power.

America and France have not forfeited their economic interests in Tunisia. Nor has the neo-liberal model been declared null and void in Tunis. In a bid to maintain the continuation of French contracts in Tunisia, the French government did not offer to Bin Ali sanctuary in France, despite the fact that he was a loyal ally of Paris until the end of his reign. "
Posted by Tony at 6:56 AM