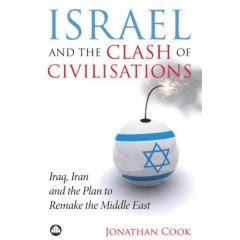 "It apparently never occurred to anyone in our leading human rights organisations or the Western media that the same moral and legal standards ought be applied to the behaviour of Israel and Hizbullah during the war on Lebanon 18 months ago. Belatedly, an important effort has been made to set that right.

A new report, written by a respected Israeli human rights organisation, one representing the country's Arab minority not its Jewish majority, has unearthed evidence showing that during the fighting Israel committed war crimes not only against Lebanese civilians -- as was already known -- but also against its own Arab citizens. This is an aspect of the war that has been almost entirely neglected until now.

The report also sheds a surprising light on the question of what Hizbullah was aiming at when it fired hundreds of rockets on northern Israel. Until the report's publication last month, I had been all but a lone voice arguing that the picture of what took place during the war was far more complex than generally accepted......

In the last days of the fighting, as a UN-brokered ceasefire was about to come into effect, Israel dropped more than a million cluster bombs on south Lebanon, of which several hundred thousand failed to detonate. Since the end of the war, 39 Lebanese civilians have been killed and dozens more maimed from these small landmines littering the countryside.

Israel's own inquiry into its use of the cluster munitions wrapped up last month by exonerating the army, even while admitting that many of the bombs had been directed at civilian population centres. In Israel's books, it seems, international law sanctions the targeting of civilians during war.......The only reasonable conclusion is that Israel wanted south Lebanon uninhabitable at any cost, possibly so that another ground invasion could be mounted......

HRW did made a brief reference to the possibility that Israeli military installations were located close to or inside civilian communities. It cited examples of a naval training base next to a hospital in Haifa and a weapons factory built in a civilian community. Its researchers even admitted to watching the Israeli army firing shells into Lebanon from a residential street of the Jewish community of Zarit.

This act of "cowardly blending" by the Israeli army -- to echo the UN envoy Jan Egeland's unwarranted criticism of Hizbullah -- was a war crime. It made Israeli civilians a potential target for Hizbullah reprisal attacks......

Fortunately, we no longer have to rely on Human Rights Watch or Amnesty International for a full picture of what took place during what Israelis call the Second Lebanon War. Last month the Arab Association for Human Rights, based in Nazareth, published its own report, "Civilians in Danger", covering the ground its much bigger cousins dared not touch......

But despite these obstacles, the Human Rights Association has taken a brave stand in unearthing the evidence to show that Israel committed war crimes by placing much of its military hardware, including artillery positions firing into Lebanon, inside and next to Arab towns and villages. These were not isolated instances but a discerible pattern.....

Israel has cited these deaths as further proof that Hizbullah's rocket fire was indiscriminate. The Human Rights Association, however, reaches a rather different conclusion, one based on the available evidence. Its research shows a clear correlation between an Arab community having an Israeli army base located next to it and the likelihood of it being hit by Hizbullah rockets. In short, Arab communities targeted by Hizbullah were almost exclusively those in which the Israeli army was based.....

Such findings lend credibility to complaints made during the war by Israel's Arab legislators, including Bishara himself, that Arab communities were being used as "human shields" by the Israeli army -- possibly to deter Hizbullah from targeting its positions......

(Again noteworthy is the fact that Israel has built several weapons factories inside Arab communities, including in Nazareth. Arab citizens are almost never allowed to work in Israel's vast military industries, so why build them there? Part of the reason is doubtless that they provide another pretext for confiscating Arab communities' lands and "Judaising" them. But is the criticism by Arab legislators of "human shielding" another possible reason?).....

So far the Human Rights Association's report has received minimal coverage in the Hebrew media. "We are facing a very difficult political atmosphere in Israel at the moment," Ibrahim told me. "Few people inside Israel want to hear that their army and government broke international law in such a flagrant manner."

It seems few in the West, even the guardians of human rights, are ready to hear such a message either."
Posted by Tony at 9:22 AM