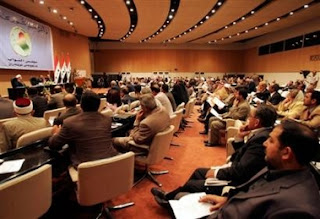 "A major explosion ripped through the Iraqi parliament building in Baghdad's fortified Green Zone today, witnesses and officials said.
The blast - feared to have caused many casualties - appeared to have targeted a restaurant in the building at a time when many MPs and other staff were eating lunch, a witness told Reuters.

Separately, an Iraqi parliament official told the Associated Press that an explosion had happened at the parliament, inside Baghdad's heavily fortified Green Zone.

The apparent attack happened hours after a blast severely damaged one of the main road bridges in north Baghdad, killing at least 10 people and sending cars into the River Tigris below......."

Where is John McCain when you need him?
Posted by Tony at 4:29 AM