I am Disappointed in Hizbullah 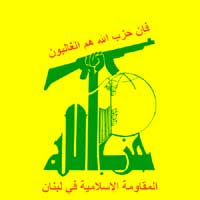 Seeing Hizbullah in the company of Condoleezza Rice, Sarkozy and the clown king of Jordan is distressing, to say the least. What I am referring to, of course, is Hizbullah’s jumping on the bandwagon by declaring its support for “The Troops.” This support was declared while the Fascist Lebanese “Army” was indiscriminately lobbing artillery and tank fire into the miserable Nahr El-Bared Palestinian refugee camp. 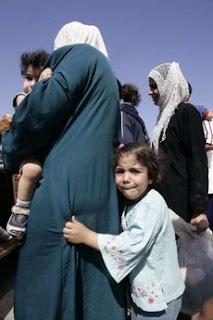 The irony is that the Fascist “Army” was and is using the same lies and the same strategy which the IOF used last summer against Hizbullah. The lie was that the “Army” does not target civilians and it is the fault of the “terrorists” who hide among civilians. Last summer the “terrorists” were Hizbullah fighters and the civilians were the Shia Lebanese populations. The aim of the strategy of the “Army,” just like the aim of the Israeli strategy last summer, is to force the Palestinian residents of the camp to fight the Fath Al-Islam thugs on behalf of the cowardly “Army,” even though most of the thugs are not Palestinian and none killed were Palestinian. By inflicting a lot of suffering on the innocent population, in both cases, the aim was and is to turn the population to the side of the illegitimate Siniora government.

However, Hizbullah knows that it was none other than the Siniora government and Saad Hariri who released some of these Fath Al-Islam thugs from Lebanese jails and who, with the covert support of the U.S. and Saudi Arabia, have been financing them and arming them. As a matter of fact CNN's interview with Seymour Hersh of two days ago (posted on this blog) was posted on Hizbullah's Al-Manar website. In the interview Hersh stated that Lebanese officials had told him of Saudi and U.S. backing for Fath Al-Islam, specifically, through the Siniora government and Saad Hariri. Instead of confronting the illegitimate Siniora government with its despicable role in creating the very same forces that it claimed to be fighting, Hizbullah decided to praise the very same “Army” that is under the command of Siniora. Hizbullah is under the illusion that since a majority of the foot soldiers are Shiite, then the “Army” is automatically a patriotic and a nationalist army. Hizbullah conveniently chooses to ignore that the “Army” is being financed, trained and armed primarily by the U.S.

One of the objectives of this dirty and bloody episode is to create the political background for a major increase in the U.S. arming and financing of this “Army” all in the name of fighting “terror” and taking advantage of this unanimity of support for this “Army.” The irony of all ironies is that the enlarged and strengthened “Army” is intended to open a second front against Hizbullah, when Israel attacks Hizbullah again. At that time, Hizbullah will be fighting on two fronts and will regret its support for the “Army.”

It would have been far better for Hizbullah to criticize the “Army” for its slaughter of scores of innocent Palestinians and the destruction of a part of the camp which has caused tens of thousands of its residents to flee for their life, all to restore its image (which never existed) after being humiliated by a few thugs.

If there is any good news for Hizbullah in all of this it is the knowledge that this incompetent “Army” which can’t fight its way out of a wet paper bag, would not be much of a force to contend with later on this summer when the orders are given to Siniora to order the “Army” to attack Hizbullah. That “Army” has repeatedly proven that, besides serving tea to the advancing IOF, the only thing it is capable of is raising the white flag and surrendering. No amount of flag waving and chants of, “Support Da Troops!” will change that.
Posted by Tony at 7:59 AM