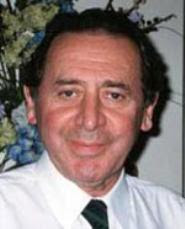 ".......Seale also stated that some expert observers of the complicated Lebanese scene point to the fact that Lebanon's Sunni population has always felt the lack of an armed force of its own. Moreover, he added, the Sunnis in Lebanon have often felt that they could not rely on the Army, which is a mixed, multi-confessional and reasonably neutral force. "The late Rafiq al-Hariri tried to build up the Internal Security Force, largely recruited among Sunnis, and endowed with its own intelligence service, as a counterweight to the Army. But this was not entirely successful," Seale said.

Some analysts according to Seale, believe that a group like Fatah al-Islam was initially tolerated, and perhaps even funded, by Lebanese Sunnis who may have seen in it the embryo of the militia they needed. They certainly longed to be able to demonstrate that they could stand up to the Shi 'is and to Syria.

Seale's assessment intersected with US prominent Journalist Seymour Hersh's latest article in the New Yorker magazine, in which he stated that based on the International Crises group's report, the head of the Future parliamentary bloc Saad Hariri had paid a sum of 48 thousand USD to bail out four members of an Islamic militant group from the Donniyeh region in north Lebanon. They were arrested while attempting to establish a small "Islamic state in northern Lebanon." Hersh quoted a high ranking official in the Saniora government saying that there are Sunni Jihadists operating in Lebanon and that the government, according to the official, takes a liberal position that allows groups like al-Qaeda to have presence in Lebanon!"
Posted by Tony at 8:39 AM