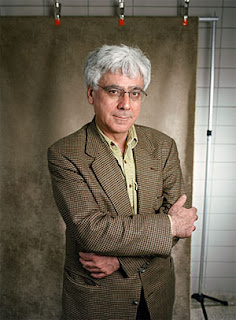 "Shaha Ali Riza has worked as an advocate for women's rights and democracy in the Middle East for most of her career, but it's her personal life -- her relationship with World Bank President Paul D. Wolfowitz -- that's put her in the public eye. As the scandal over the compensation Wolfowitz arranged for her deepens, one longtime colleague, leading Palestinian peace activist and philosopher Sari Nusseibeh, wrote this open letter on her behalf.......

I have known Shaha for the past 15 years, starting when she was still working for the National Endowment for Democracy. Shaha, who had heard of my work as an academic and peace activist, was interested in sounding me out on ideas for projects in the West Bank to promote democracy, empower youths and build civil society organizations.....

We kept up our contacts as I became involved in Israeli-Palestinian negotiations and helped work with World Bank officials to draw up plans for Palestine's economic development.

Shaha later moved to the World Bank. Because of the mutual trust that had already developed between us, she soon tried to get bank officials who worked on the Middle East to get to know me......

I don't believe that the World Bank or the State Department could find a person more devoted to their work in this part of the world than Shaha. Nor, I believe, could underprivileged people from this region hope for a more sympathetic ear in Washington."
Posted by Tony at 9:24 PM