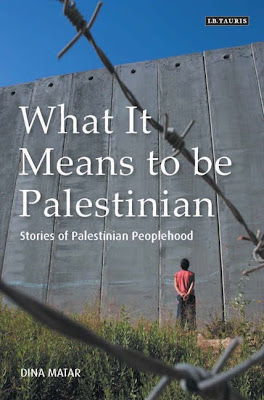 Refugees remain the most intractable issue of the Middle East conflict, as two new books show

"Memories and maps feature prominently in the experience of Palestinians – a people scarred by dispossession, dispersion, occupation and profound uncertainty about their future. So amid the latest wrangling over the stalled peace talks with Israel come two sharp reminders of the depth of the conflict and how difficult it will be to resolve.

Salman Abu Sitta, a refugee from 1948, has spent years cataloguing the course and consequences of the nakbah (disaster) that Israel's "war of independence" represented for his people. Now he has published an updated version of his massive Atlas of Palestine, stuffed with tables, graphs and nearly 500 pages of maps that trace the transformation of the country starting with its conquest by the British in 1917 and the Balfour declaration's promise to create a "national home" for the Jews.....

Abu Sitta is a leading expert on the nakbah and what is nowadays widely described as the "ethnic cleansing" it involved. There can be no mistaking where his sympathies lie and where he stands in the febrile debate about Zionist intentions. Still, large parts of his account draw on the history of the 1948 war as rewritten by revisionist Israeli scholars in recent years as archives have opened up and old myths been demolished......

Abu Sitta leafs through his atlas, which includes detailed plans for refugee repatriation, and insists otherwise. "In the age of advanced technology it is quite feasible to compare the rich and meticulously recorded history of Palestine with the existing electronic Israeli record of every Palestinian house and acre of land, who owned it and to which Jewish body it is leased," he writes. "From this, both cultural and physical restoration of Palestine could take place. What remains is the wisdom, enforced by political will, to implement it."

Social scientist Dina Matar also follows "the trajectory of a continuing nakbah," in her fine book about "what it means to be a Palestinian in the 21st century", but her mission is to record voices that are normally heard only in fragments and at times of crisis. This "composite biography" includes personal stories and "reconstructed experiences" from the 1936 rebellion against the British through to Oslo in 1993, and unifies the disparate worlds of Palestinians living in Israel, the West Bank, Lebanon and Syria. Individual narratives of suffering, defiance and despair are linked by chapters of factual historical background, and tell of life in refugee camps, the experience of the Jordanian civil war or the first intifada, when the "children of the stones" took on the Israeli military but won only the brief attention of an indifferent world.

Matar, not surprisingly, identifies 1948 as the key date in Palestinian collective memory and notes "the persistent theme that the Palestinian sense of displacement was not the result of one specific event, but an ongoing process, continuing into the present."

Her telling subtitle – "stories of Palestinian peoplehood" – suggests that she too believes that the old aspiration of "statehood" is not likely to be realised any time soon."
Posted by Tony at 4:34 AM