“UNIFIL to Take Refuge in Israel at War” 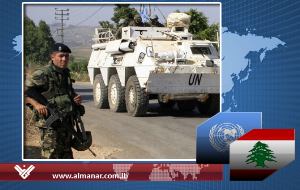 "23/11/2010 The United Nations Interim Force in Lebanon (UNIFIL) reportedly plans to evacuate its wounded troops to Israel if a war breaks out in the region, Naharnet cited a report the Lebanese paper al-Akhbar published on Monday.

“The UN peacekeeping force set the plan ten days ago and is to implement it in a joint maneuver with the Israeli army,” the report said.

The paper said that the Lebanese army contacted UNIFIL command to confirm the news of the maneuver. The military warned that the move would be a negative development and would demonstrate UNIFIL's siding with Israel.[I am shocked, just shocked! Say it ain't so!] "
Posted by Tony at 3:57 AM